How far back do you want to go?

A Surrey Advertiser article states that annual regattas began in the 1920’s, the club rules from 1880 however mention that half the proceeds of the annual regattas should go to the Royal Surrey Hospital so regattas were obviously taking place well before the 1920’s!

After the Second World War active membership was so depleted that it was several years before the annual regattas could be resumed. According to the Surrey Advertiser the first five post war regattas were ‘comparatively inconspicuous events’. 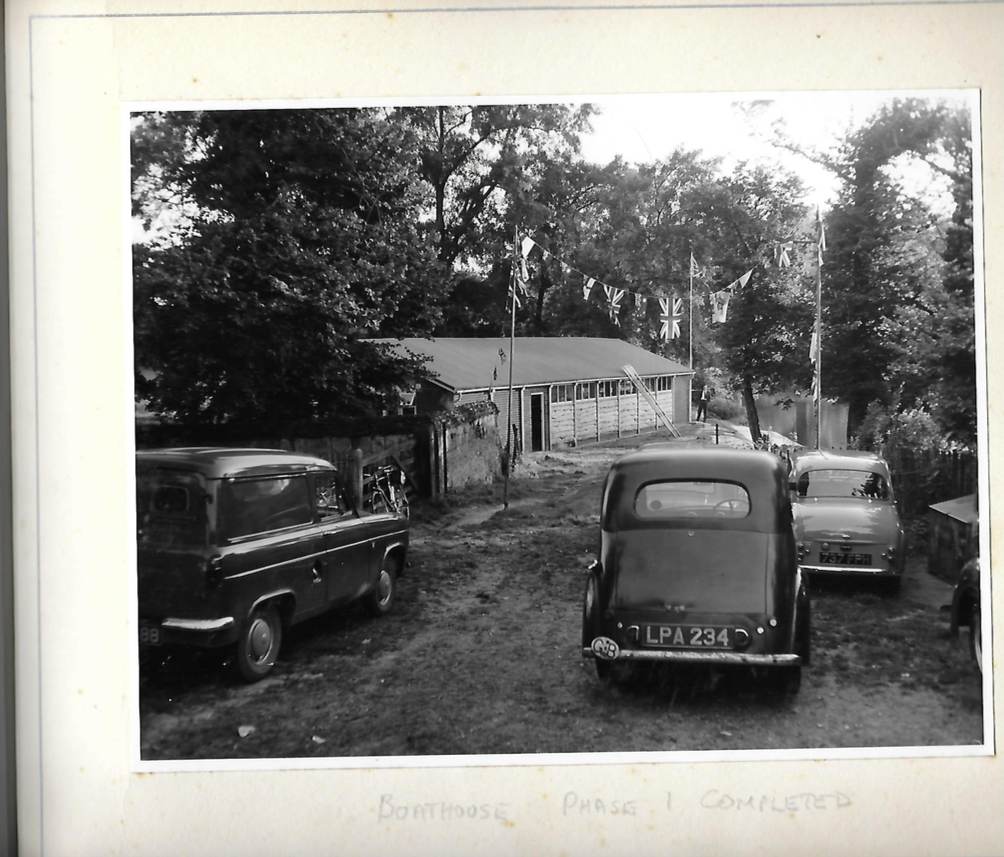 The Guildford Rowing Club is founded. Fortunately the original Rules have survived and many remain unchanged!

Rule #2 tells us that the club uniform consisted of navy blue jersey, white trousers and straw hats. Why and when we adopted green and yellow is lost in the mists of time (although it was before 1955!)

The club’s headquarters were at the Railway Hotel (which was demolished around 1963) and the Rowing Club itself was situated under Bridge Street bridge. Much like today it aims were to promote ‘rowing and swimming’ amongst amateurs (promoting swimming is necessary bearing the occasional capsize in mind). Women were not allowed to participate, see rule 14: ‘No member will be allowed to take any lady in a club boat’.

The club also held its own regatta (see Rule 21) half of the proceeds of which went to Royal Surrey Hospital.

The site on which the present Rowing Club is situated was originally George Davis’ Lime Wharf. George Davis’ grandfather had set up the wharf below the Lower Quarry. The pit was worked until 1876 and then sold in 1878. 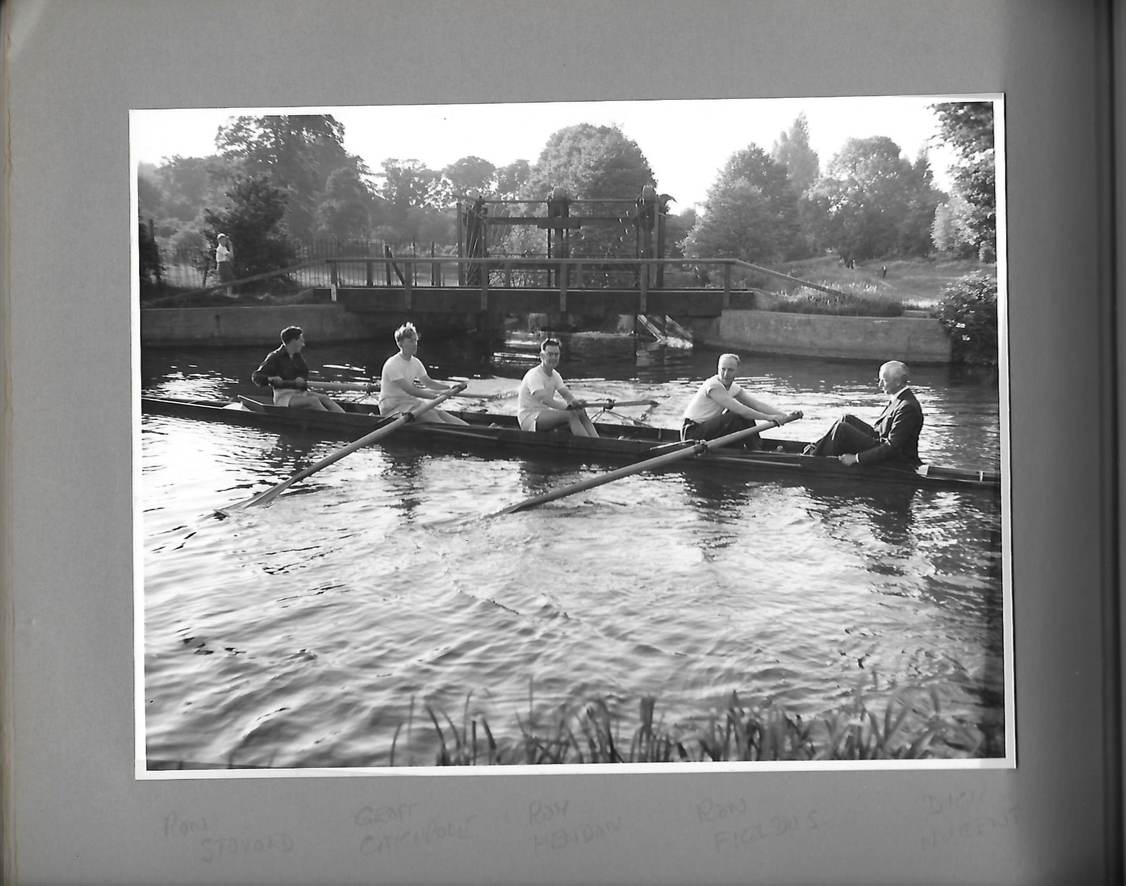 Hooke’s Almanac lists the gentleman who formed the GRC committee the headquarters ore cited as being at the Bridge Hotel:

It was proposed and carried by the current committee that women could be accepted as members. At the following committee meeting it was voted however that women would be banned from holding office

Obviously the men had had enough of women in the club after nine years as a motion was carried at the annual meeting that ‘ladies be debarred from membership of the club’.

At some point in 1919 the Club moved from its home under Bridge Street bridge to reside next to the Jolly Farmer public house. The club had purchased an old army building which was used to store the boats and also had a changing room and storage space.

In 1927 some tub-doubles were purchased for the club to replace some singles.

The club’s fleet at this time consisted of 2 double sculls, 2 singles and 2 Canadian canoes.

In this year two boys from Westminster School (Hubert Ward and William Leclerc rowed an old gig from Westminster to Guildford. This year marked a turning point for the club with a renewed interest in rowing!

In 1955, the building of a new clubhouse on a site which was previously known as the paddocks, in Shalford Park began. The town council had leased the site making it possible for the build to go ahead.

The majority of the building was done by the club members with little professional assistance. The Surrey Advertiser points out that the reinforced concrete building with its mineralised felt roof was ‘designed to harmonise with the beautiful surroundings’.

The cost of the materials was over £1,000 the money having been raised by donations, social functions and competitions.

1958 saw the completion of the new 60ft by 24ft boathouse with adjoining room for meetings and landing stage.

The new building was opened by the president Mr R Nugent M.P, who was by then the Joint Parliamentary Secretary to the Minister of Transport, accompanied by his wife.

There were a few short speeches after the opening and a plaque recording the occasion was revealed. A highlight of the day was a surprise outing in a four, which was coxed by Mr Nugent. At the end of the outing Mr. Nugent was helped to land and contrary to usual practice it was the four who ended up being tipped into the river!

Around this time it was decided to encourage women to row! Not everyone was convinced however, a certain Mr Topolski wrote a letter implying that women were not of the right stature to engage in the sport of rowing.

In spite of the opposition an introductory weekend of rowing for women was arranged at Guildford. One lady ended up joining the club (who had previously been a shot-putter) and eventually left Guilford to join one of the London clubs.

One of the drawbacks for women joining the club was that there were no facilities for changing etc. Eventually a storeroom at the back of the club was converted into a Women’s changing room

…and to the present day!

See more images from the GRC photo library below:

We use cookies to ensure that we give you the best experience on our website. If you continue to use this site we will assume that you are happy with it.OkPrivacy policy